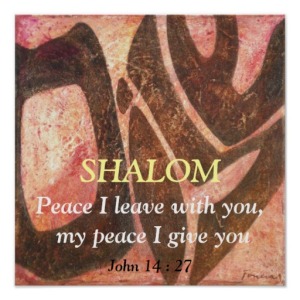 Potluck for Peace? Being of Service! (Feature Friday)

So, there I was. Sitting at a potluck table with a group of eight youth—four diverse Catholic high schoolers, and four Muslim youth. Two girls covered their heads, and wore hijab. The other girl didn’t, and the fourth was a boy, a high school freshman. I was very interested to hear what happened in the lively conversation. All eight were friendly, open, and wondered about each other. Asked each other questions, and found a lot of similarities in their school experience. Six of the eight had iPhones, and often glanced at them, referred to them as we all ate dinner together. Sure, there were differences between the youth! But at the same time, there were even more things that were similar!

I couldn’t help but think of the advice the Apostle Paul gave to the church at Rome as I attended the Children of Abraham Coalition event last Thursday night, September 11th: simple advice from Romans 14—don’t judge! Father Corey Brost, President from St. Viator’s High School in Arlington Heights, invited me to attend this Potluck for Peace, as a gesture of friendship. Many diverse people came together for peace, from all kinds of backgrounds and cultures, all over the world. And, I’m glad I attended!

As Fr. Corey told the assembled guests at the beginning of the dinner, September 11 is a fascinating day, in terms of world history. September 11, 1893 was the first day of the very first meeting of the World Parliament of Religions. Wonderful, to have September 11th be such a hopeful anniversary, an anniversary of peace and reconciliation.

Today, the Children of Abraham Coalition wants to highlight peace—shalom, salaam, peace. And, they also would like to educate others about the religious traditions that came from Abraham. These times of learning, sharing, and building relationship between individuals (and groups) is a practice by which many people are still challenged.

The separate speakers spoke of peace. Peace is the main thing, the only thing that we all need to lift up, and concentrate on. As was suggested last night at the dinner, different ages coming together do simple things like share a simple meal together, and share compassion. What a Godly thing to do! And—the world is a little bit different, a little bit more loving, because a group of peace-loving people gathered in the gymnasium in a high school in Arlington Heights, last night. Praise God!

Want more information about the Children of Abraham Coalition? Check them out on Twitter: @coacpeace

Join 423 other subscribers
Follow A Year of Being Kind on WordPress.com