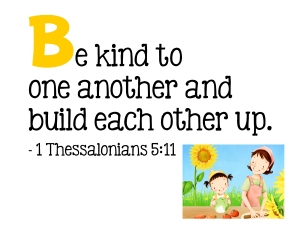 Of Service? Through Eavesdropping?

Ever eavesdrop on a conversation while standing in line at the store? Yeah, me too.

That’s what happened today. Let me back up and give a little perspective. On the way home from an errand, I remembered we needed some milk. I don’t ordinarily stop at a nearby drug store, but it was later in the afternoon. The grocery store would be mobbed with people after work. I figured I would save time by going to the drug store. So what if I paid a little more.

Immediately ahead of me in line was an older African American woman. She and the cashier apparently were familiar with each other, because their conversation was genuine, fluid, and warm. The woman ahead of me started in the middle of things. I took it as some topic she had started previously, recently. Perhaps yesterday, or last weekend.

She was clearing out her elderly relative’s house after his death, and she found all kinds of coins. And paper money. Her relative had been an amateur collector for decades. Not only money from the 1900’s, but also a selection from the 1800’s, too. And, from what she was saying, I could tell she did not know the first thing about valuable, collectible coins or paper money. I couldn’t help it. I have some people in my family who collect things, and I have absorbed one important principle from them. Only deal with reputable dealers. Otherwise, disreputable people masquerading as dealers could very well fleece amateurs. Big time!

I was very apologetic, but I felt I simply had to interrupt. “Excuse me, I couldn’t help but hear. It’s wonderful that you are finding some interesting coins! But I wanted to caution you. Some of my family members are amateur collectors, too, of different kinds of things.” Both the woman and the cashier were intrigued by what I said. I had their attention. I pleaded with her not to go to just any pawnshop or place that advertises “Will Pay For Gold.”

The cashier nodded, and the woman ahead of me seriously listened. For the life of me, I couldn’t bring the name of the big-time coin dealer downtown to my mind while they stood and waited. Good grief! I paused, and repeated that the woman ought to research dealers. (Grrr!! I still couldn’t remember!)

The woman ahead of me gathered her change and left. While I paid for the gallon of milk, the name of the dealer finally came to mind! . . . “Harlan Berk. That’s the name!” The cashier nodded again. “That lady is a regular. I don’t know her name, but I will let her know. I’m sure she’ll be in again, soon.” (For the record, I have never been to that—extremely reputable—coin dealer, in the Loop. I just happened to remember the unusual name.)

God willing, I hope, I pray that the woman will research the dealer she chooses. At least I warned her, and let her know that what she inherited from her elderly relative might very well be worth something!

A journal for spiritual and not-so-spiritual thoughts.