Memorial Day is right around the corner. Remember the veterans in the cemeteries, as well as all who served or are presently serving.

A Poppy for Remembrance 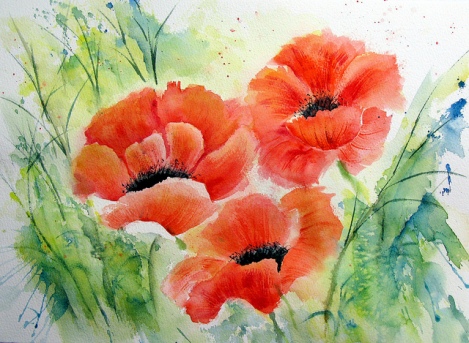 I went downtown (in my suburb) to have breakfast with a few friends mid-morning. Today was such a lovely day that I almost felt like skipping down the sidewalk. My friends and I strolled along, talking, when I spied a man with a big bunch of poppies. The man stood near a street corner. He had on a baseball-style cap, but with some military insignia emblazoned on it.

I had been wondering about poppies. I always get at least one poppy on Memorial Day weekend. More, if I can. Poppies are for remembrance. And—I know I will be remembering my father and his three brothers, who all fought in World War II. They served in various capacities, in various branches of the armed forces.

My father Jack was stationed in the China-India-Burma theater of operations, in the Army Air Corps. I don’t really know too much about his service, because he never told me much. Except that the weather was really unpleasant, there were insects all over (of every description!), he was heartily glad of mosquito netting at night, and that the bulk of his time in the Army consisted of “hurry up and wait.” On occasion, while I was growing up, he would get stern and call for me and my older siblings to come “front and center!” I knew what that meant—I better show up speedy-quick! And be quiet and respectful, once I got there in front of him, besides.

But, back to poppies. The poppies are made by veterans in the VA hospitals, and distributed in many, many places by the American Legion, and the American Legion Auxiliary. But where did this originate? The red poppy was a symbol of the fallen soldiers, taken from a poem written during the first World War by a Canadian officer, Colonel John MacCrae: “In Flanders field the poppies blow,/Between the crosses row on row—“ The servicemen who returned brought back this vivid memory. Soon, poppies became a symbol of remembrance of the fallen servicemen and women who lost their lives during the wars. The disabled veterans took the poppy as their own, making them and distributing them for remembrance, on Memorial Day. And, contributions go towards rehabilitation work and disabled veterans, nationwide.

So—there I was. Face to face with this man in the baseball cap. I didn’t have too much in my wallet. Only a couple of bucks. But, I gave it to him, put the dollars in the can. He gave me a poppy, out of the large, red bunch of paper flowers he held. I told him about my dad and uncles, in World War II. He nodded, and said he had served in the first Gulf War, and pointed to an anchor pinned to his chest. “I was a Navy man,” he said. He wasn’t very talkative after that, but he certainly seemed grateful to receive the donation. And grateful for the openness on my part, to hear about him and his service.

God, bless this veteran. And every other veteran, nationwide. Especially those who have died in the service of our country.

(Suggestion: visit me at my blog: matterofprayer: A Year of Everyday Prayers– where I am doing a PEACE journey through Eastertide. #PursuePEACE. Thanks!)

(also published at ayearofbeingkind.wordpress.com .   @chaplaineliza And read my sermons from Pastor, Preacher Pray-er – Thanks!) 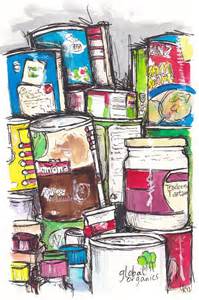 Be of Service—Close to Home (Feature Friday!)

I attend church in a nearby suburb, in Skokie.  The church I’m a member of is St. Peter’s UCC Church, and St. Peter’s has a commitment to several ministries and organizations that feed the hungry. Like the Niles Township Food Pantry. This food pantry is a part of the Township government. (For those who aren’t familiar with the township set up, here’s my quick explanation. A township encompasses an area of several suburbs in size, in intermediate area of land between a town/village/city and a county.) So, the Niles Township Food Pantry serves people in several neighboring suburbs.

Some might scoff at the idea of hunger being a reality in this particular area north of Chicago, since this swath of suburbs is reputed to be affluent.  But hunger is often an unwelcome visitor. Sneaking into homes when the unexpected happens. Like a sudden, catastrophic car accident that permanently injures the main wage earner in a home. Or the loss of a job when a company closes. Or a divorce, or death, or any one of a countless number of grim, very real scenarios. And sometimes, the real need does not require a catastrophe; the family or the individual need may simply be a high cost of living and too little income. In other words, too much month, not enough money. Living on the edge of not-enough.

The Niles Township Food Pantry strives to feed 3500 people every month, on the average. They appreciate each and every donation—giving of food, money, time to volunteer, or any combination of the above. Plus, personal care items are in greater need than ever before. Soap, shampoo, razors, shaving cream, feminine hygiene products, not to mention laundry detergent. These items are so needed due to the increase of families in dire economic straits.

St. Peter’s UCC helps out this Food Pantry as they can, taking up several collections every year. Plus, the St. Peter’s Sunday school has designated the last Sunday of the month as collection day. The Sunday school students and teachers bring canned goods, pasta, peanut butter, and other dried goods to the church. St. Peter’s Pastor, Richard Lanford, appreciates the faithful ministry of church members Jane and Paul Abramchick. This couple brings the collected food over to the Food Pantry for distribution. This offering of food and the additional offering of money are two ways that the members and friends of St. Peter’s UCC offer out of the abundance with which God has blessed them to bless others.  God be with this Food Pantry, all those who help there, and all those whom the Food Pantry serves.