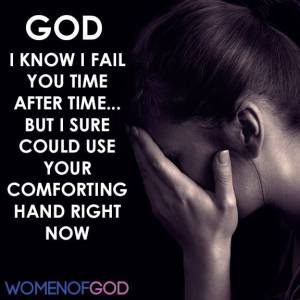 In the aftermath of a memorial service today, I have two vivid memories that come to me. First, one of the hymns. Second, the remembrances and tributes to the person who has died.

The hymn “Morning Has Broken” has always been one of my favorite hymns. Except—I have always sung it in the context of a Sunday morning worship service, and usually as a gathering hymn. This was a bit different. We sang it today as an opening hymn, it’s true. But the opening hymn of a memorial service. The words touched me in a new way today. Especially poignant to me, in light of the memorial aspect of the service, were the words of the third verse:

Mine is the sunlight! Mine is the morning.
Born of the one light Eden saw play!
Praise with elation, Praise ev’ry morning,
God’s recreation Of the new day!

I thought of the new day of those now standing in the presence of God. The new surroundings, the new . . . everything. How comforting and encouraging these words can sound, especially to loved ones who have so recently lost someone to a devastating illness.

Now, second. The remembrances and tributes. The person remembered today was truly special. Everything everyone said at the service was intensely meaningful and heartfelt. I was so moved, I couldn’t help but tear up at times. Even though some of these memories were humorous and lighthearted, too! But, the humor was tinged by bittersweet. This dear person will be sincerely missed.

Memorial services are just that—places to gather together, to remember together, and to mourn together. And like today, places to laugh together, and to cry together. God, be with all those who mourn today. Not only this dear person we had the service for today, but for all those who have been lost, who died, and who were killed in recent times. Comfort those who mourn. Help them reframe their understanding and encourage each other in these sad times.

We can truly thank God that God is with us, every step of the way. Even when we can’t find a way ahead, even when the way is dark or stormy or uncertain. Thanks, God!

A Poppy for Remembrance

I went downtown (in my suburb) to have breakfast with a few friends mid-morning. Today was such a lovely day that I almost felt like skipping down the sidewalk. My friends and I strolled along, talking, when I spied a man with a big bunch of poppies. The man stood near a street corner. He had on a baseball-style cap, but with some military insignia emblazoned on it.

I had been wondering about poppies. I always get at least one poppy on Memorial Day weekend. More, if I can. Poppies are for remembrance. And—I know I will be remembering my father and his three brothers, who all fought in World War II. They served in various capacities, in various branches of the armed forces.

My father Jack was stationed in the China-India-Burma theater of operations, in the Army Air Corps. I don’t really know too much about his service, because he never told me much. Except that the weather was really unpleasant, there were insects all over (of every description!), he was heartily glad of mosquito netting at night, and that the bulk of his time in the Army consisted of “hurry up and wait.” On occasion, while I was growing up, he would get stern and call for me and my older siblings to come “front and center!” I knew what that meant—I better show up speedy-quick! And be quiet and respectful, once I got there in front of him, besides.

But, back to poppies. The poppies are made by veterans in the VA hospitals, and distributed in many, many places by the American Legion, and the American Legion Auxiliary. But where did this originate? The red poppy was a symbol of the fallen soldiers, taken from a poem written during the first World War by a Canadian officer, Colonel John MacCrae: “In Flanders field the poppies blow,/Between the crosses row on row—“ The servicemen who returned brought back this vivid memory. Soon, poppies became a symbol of remembrance of the fallen servicemen and women who lost their lives during the wars. The disabled veterans took the poppy as their own, making them and distributing them for remembrance, on Memorial Day. And, contributions go towards rehabilitation work and disabled veterans, nationwide.

So—there I was. Face to face with this man in the baseball cap. I didn’t have too much in my wallet. Only a couple of bucks. But, I gave it to him, put the dollars in the can. He gave me a poppy, out of the large, red bunch of paper flowers he held. I told him about my dad and uncles, in World War II. He nodded, and said he had served in the first Gulf War, and pointed to an anchor pinned to his chest. “I was a Navy man,” he said. He wasn’t very talkative after that, but he certainly seemed grateful to receive the donation. And grateful for the openness on my part, to hear about him and his service.

God, bless this veteran. And every other veteran, nationwide. Especially those who have died in the service of our country.

Join 422 other subscribers
Follow A Year of Being Kind on WordPress.com