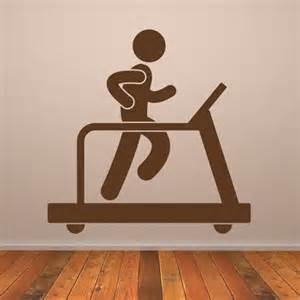 Rhetorical question: am I doing an act of service if I keep my mouth closed?

Let me back up, and give some context to my question. After I dropped my son off at the high school in town, I went to the gym at the YMCA, as often is my practice. I really like using the track on the floor above the main gym most days. Today was no different. I quickly changed in the locker room and went upstairs, through the cardio and weight room through to the large gym. I had totally forgotten that this was Wednesday. (I usually don’t go to the gym on Wednesdays, for a variety of reasons. But I did today.)

As I warmed up and stretched, and started my workout on the track, I noticed some people coming in to the main gym. Oh, no! Today is Zumba day. Don’t get me wrong—I sometimes watch the people doing Zumba to the energetic, pounding music, and it’s wonderful cardio-vascular exercise. It’s the music that sometimes gets on my nerves. Today was particularly annoying. The first song that was played as I power-walked and jogged around the track had four chords. A four-chord progression, played over and over and over and . . . you get the idea. Repetitive, mind-numbing. It almost made me want to scream. It went on for seven minutes. (Yes, I watched the clock as I circled the track.)

I’m a classically-trained musician. Piano is my primary instrument, and composition was my emphasis for my undergraduate degree in music. I usually can “turn off my ears” and ignore or just not pay attention to poorly composed or performed music. But not today. As I went around the track for a good part of those seven minutes, I felt like giving someone a piece of my mind. Grrr! But I didn’t. It came to me (I suspect God brought this thought to me) that by complaining and kvetching to whatever unlucky YMCA staff member was on duty this morning, I really wouldn’t accomplish much of anything. The Y staff member would probably cluck his or her tongue, nod understandably and say, “There, there.” Or words to that effect. I know. I’ve worked in customer service, and that’s what I would have done in a similar situation.

Instead, I had another thought—also inspired by God, I think. This morning was an opportunity for me to practice forbearance and patience. Two fruits of the Spirit that are not as readily apparent in my character as they ought to be. I kept my mouth shut. I did not blow up or gripe to any Y staff or to the Zumba leader. People have a perfect right to listen to whatever kind of music that they like.

What about a positive act of service? Later, I saw another Y staff member wearing a really pretty sweater today. I smiled at her and gave her a sincere compliment on the sweater. She blossomed, telling me that her daughter had given her the sweater for Christmas, and she’d be sure to tell the daughter.

I think both were acts of service. I was proud of myself. And I think God was amused.

A journal for spiritual and not-so-spiritual thoughts, by Rev. Elizabeth Jones.